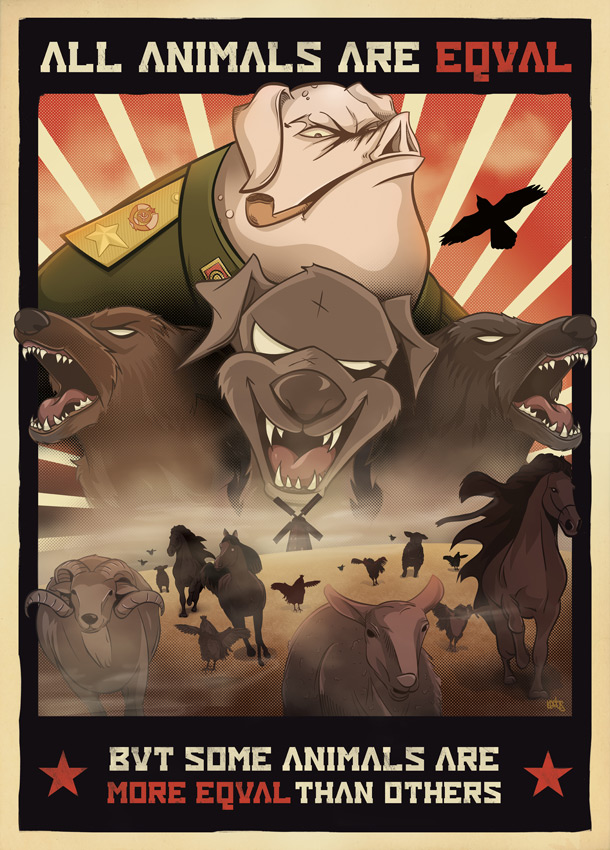 Novel by George Orwell published in 1945. In this political fable based on the Russian Revolution, farm animals, led by the pigs Snowball and Napoleon, eject their human exploiters and try to turn their farm into a Utopia. The enterprise fails because of corruption and weakness from within, the leaders end up masquerading as humans, and their society becomes a totalitarian police state. Written in stark, simple prose, it is perhaps the most read of Orwell's novels. 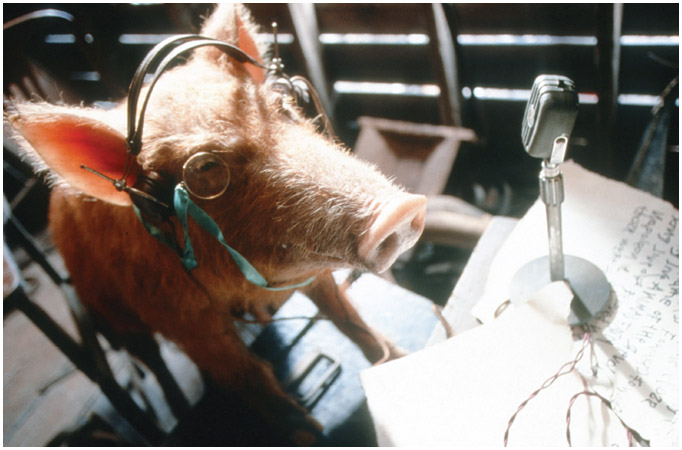